Ear in the gardens of silences, side streets 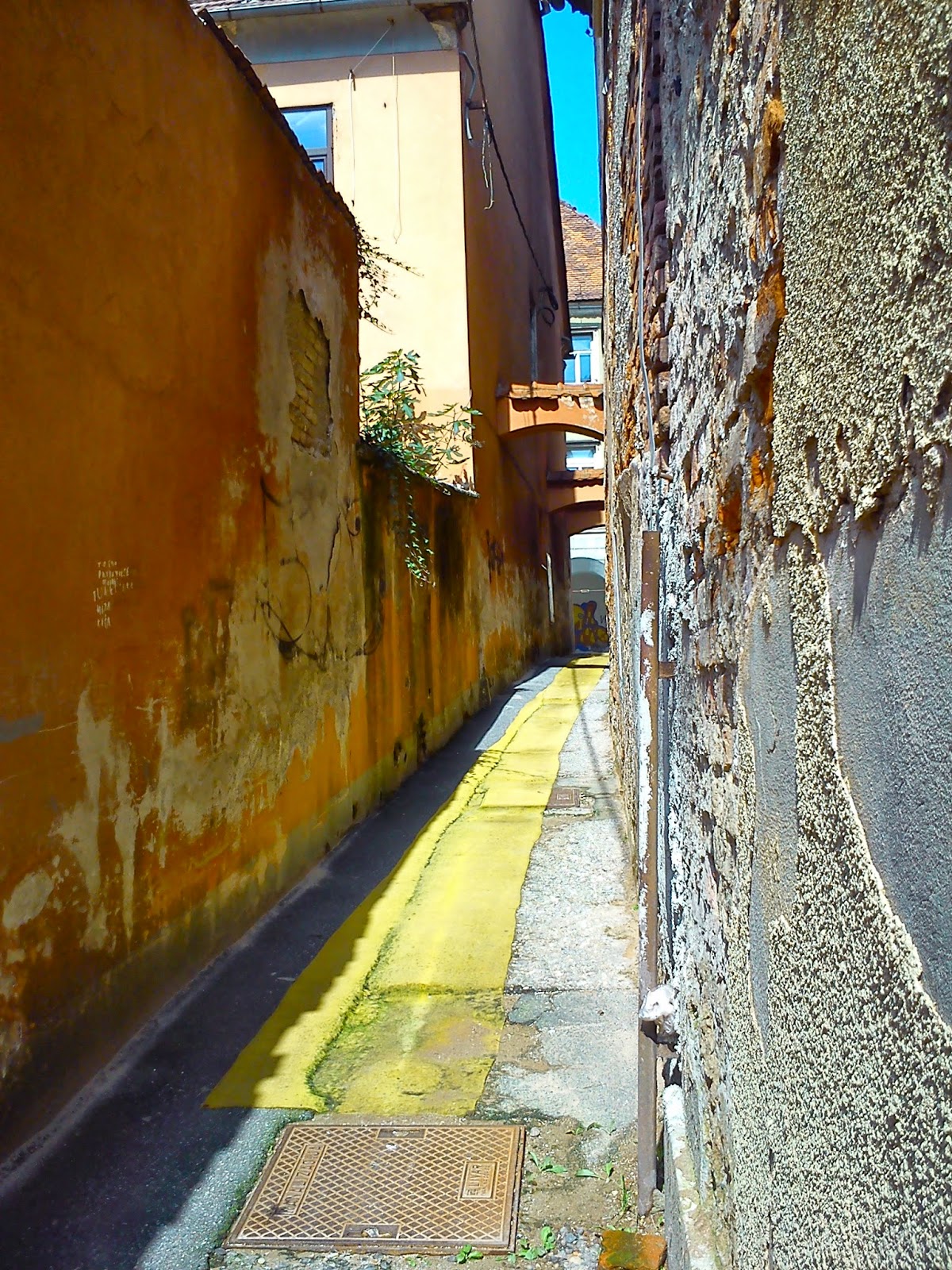 »Quietness of emptied, deserted city streets is something that confronts me daily with modalities of silence. Silence of the city usually resounds with degradation and decay of areal production regimes. But silence that echoes with the oblivion of the streets, opens up the suchness of things. And listens to the extension of time.«

... they are walking, delusional with the efforts of oblivion
blessed with purity of filled up holes of worn out nothings

Digital synchronicity concretizes spacetime as it folds outside the individual. Assisted by digital spheres, Ear in the gardens of silence, side streets sets up drops of what can be heard outside the human memory, in order to be able to utter them again, repeat them infinitely with the mouth of technology. Not only is it recreating topographical knots and spatial (non-)presence, it also makes time, and with it voice, transfer differently along the riverbeds weaving in myriad curves. And the voice, together with actions, habits, repetitions, silences, outbursts and lethargy of constant self-regulation, helps shape the deep time of bodies.

Side streets are tunnels within itself, invisible, with stilled echoes, positioned between narrow, tight
emptiness between neighbouring houses.

Poetry sonor creates holes into folds of time. Using digital hearing to abolish the enforced dynamics of space-time, the concreteness of spaces reverberates with fragmented sediments. Desolate streets of daily paths are intentionally looked for. Offering silence and expand the surrounding seemingly emptied of lasting and momentary imagery.

Here, beside this intimate garden of cracks
slightly lower
there it is... there is the quiet of nothing, in the corner,
there it squats, the rounded IS.

The work is developing the texture of concreteness and digital temporality, while also questioning the sense of both. Author is passing between various performative moments and actions on locations and in-situ sonic-spatial composition, including movement in physical space. At the same time, online availability of audio materials enables a free selection of the hearing mode, thus creating a different radio sphere.

Voice reaches closer than the gaze. Shrunk in the fading of shouted words, the musically gifted Ekho remains misunderstood, left to the era of longing. The voice evading privatisation.

Is voice in the digital sphere de-finitive – immortal?! 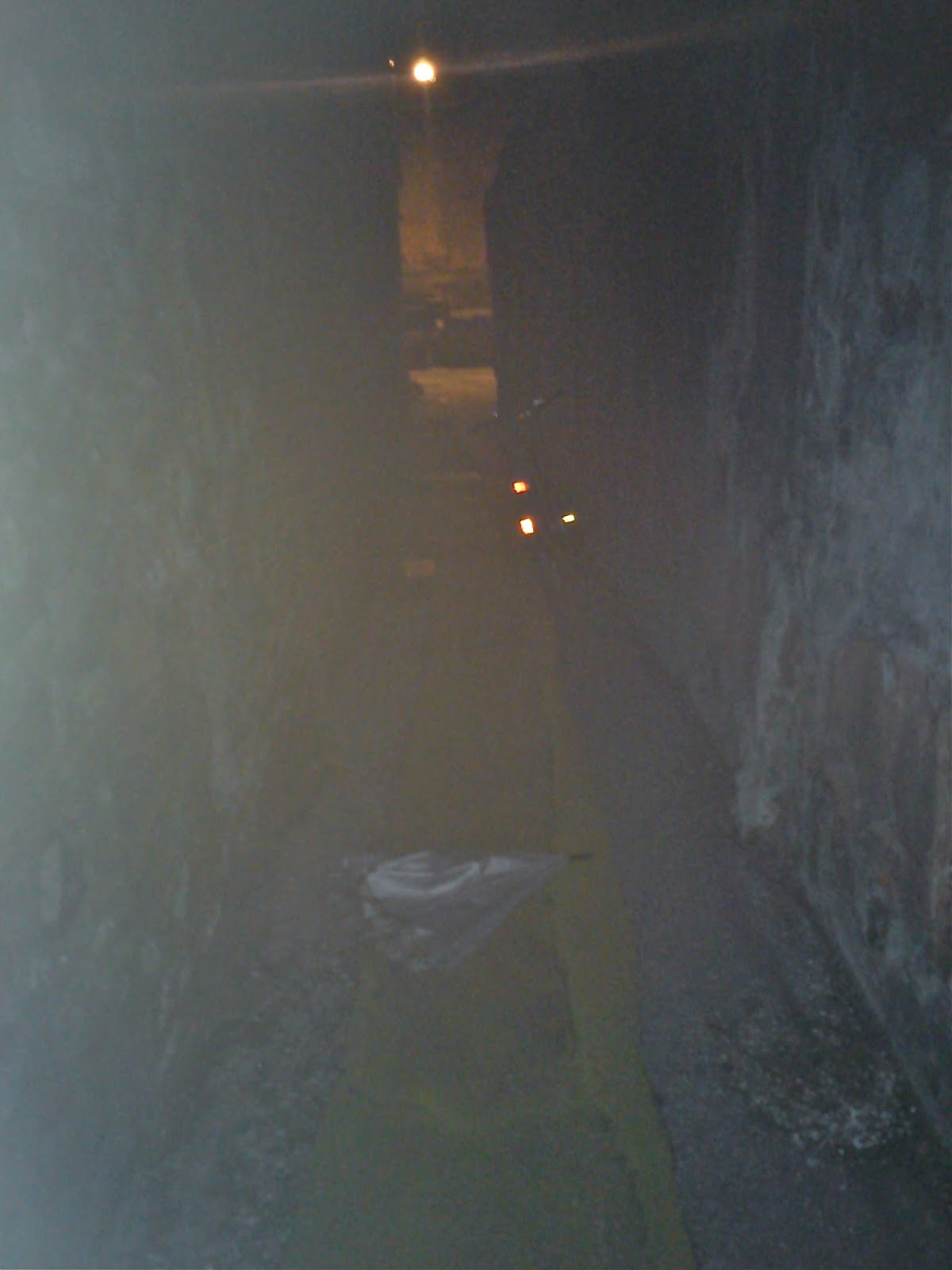 Format, listening:
The work focuses on the dynamics between the synchronicity of digital sonority and the anachronism of concreteness of the streets, as well as the effect of both on perception, particularly on opening out the layers of time.

Already fractured sonorous-textual fragments were taken further apart by author's practice of poetry sonor, and arranged across the space (actual and digital). The audio space or spacetime of poetry combines three layers – surface, underground, ether. Each audio fragment is a unique performative event, executed on location, including spontaneous oration, reading, movement, as well as the captured audio field, alternating with going on air. The coincidence of the actual (voice, text) is in the forefront. In the current example Ear in the gardens of silence, side streets, the audience contribute their variations of the linear composition of text.

The listener is left to his own navigation through the auditorium of acousmatic happening alongside streets and roads, having no programme or signposts. The loose composition of the sonorous texture ensures that digital sonorous veils remain translucent, thus enabling each actuality of the happenings and moods to enter the relationship. The aim is to encounter the experience of a temporal delay in direct dynamics of the temporality in the body (individual's temporality) and in the digital sphere, as well as current multitasking devices with numerous streams and waves interacting with the architecture of space and time.

Research into the temporality of digital media, which are primarily flattening time into the one-dimensional here and now, in combination with archiving and projections of the future, its insensitivity to time enabling the way out of established institutions of temporality. Critical research focuses on the present digital multipresence – i.e. how sensation, sensuality and mentality react to such acoustmatic reality.

Petra Kapš (aka OR poiesis) is artist, writer and curator. Word, her basic medium, extends into sonorous spheres of chrono-spatial poetry, poetry sonor.


Work was premiered with performanse on December 19th 2014, 20:30, at Centralna Postaja, Maribor, Beli šum: http://www.centralnapostaja.si
Special thanks to Udo Noll, Radio Aporee, Vinag for access to tunnel cellars.
Project was realized with support of Municipality of Maribor.