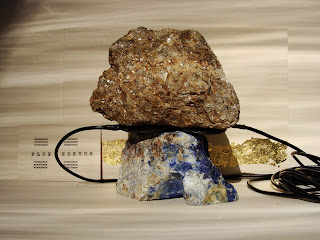 when drops of night
submerge forever into
the shadow of sleep

Flux hortus is an aural water garden, a timeless book in space, a library of rivers, designed for listening in motion. It seeks inspiration in the manifestation of a sonopoetic variation on a cosmic garden, and wonders what paradise sounds like. Paradise, pairi-daeza, an enclosing wall, a detachment of a piece of landscape for various purposes.

Flux hortus explores relations between concepts and models of the garden as the idealized form of experimenting with living environments, with an emphasis on audio perception. Rivers. Water is the ultimate available matter of all living beings; it is even much more than man's pure freedom. Corporate control over water stands for the ultimate destruction of man as a free being – human bodies are composed of around three-fourths of water – privatizing water supplies literally stands for a comprehensive privatization of human beings. As well as all other beings. Moving water sharpens the hearing, then confuses it; it evokes premonitions and auditory hallucination, and wakes up the body's memory.

River hydrosonography is set within an interaction with the production regimes of the post-contemporary world. Liquidity constitutes the reality of the everyday from behind the garden's "walls", in the "outside", that is, in a concrete-monetary landscape, which is hostile to the same extent as the outsides have always been threatening.
Liquidity is also the basic principle of a water garden. The radio aporee ::: app upgrades the user's mobile phone into a digital ear for listening to and experiencing the cosmic garden. Whoever has ears, let them hear!

The garden is fuelled by the author's field recordings of the rivers of north, south, east, and west, with wired rivers as a special addition. Flux hortus is an invisible garden. The way to immerse in it is through one's ears. It is an endless garden of the future, a paradise of constant presence. The concreteness of the past resounds through fragmented sediments and chips of sound. With digital hearing, it eliminates the time- and space-based perception. The spatial book of rivers sings, when we walk through it.

Flux hortus develops the practice of, and creates the time-space for poetry sonor. It constructs a sphere of acousmatic sonic entity. The etherial aural setting actualizes the arts of memory. The spacialized sonography explores the memory of the body, the poetic inside the technological. The digital space flattens temporality down to asynchronic aspatiality.

access/use:
= download the radio aporee ::: app (free) on your mobile phone (Android 4.x or newer, iOS 6.x or newer) and plug in earphones. Play Flux hortus (paradise#1) on the location of Trg Leona Štuklja, Maribor. The app transforms your mobile device into a digital ear. By moving across the square, you create your own sonic choreography of a hydrosonic cosmic garden composition.
...
Pre-event of the KIBLIX 2017 festival. Produced by: ACE KIBLA
Posted by OR poiesis at 10:26